The city of Florence, the city of the Renaissance. It’s located in Tuscany, which is one of the most famous and popular regions in Italy. Florence is the perfect treasure chamber of the most magnificent Renaissance art, architecture, history and knowledge. You’ll have many things to do in Florence, so let’s get started with a list, that’s doable in 2 days!

Florence is one of the most beautiful cities in Italy! For me, it was an unforgettable experience and I’m so grateful for having the chance of visiting this fantastic place!

In this post, I gathered the MUST SEE places for you! Check them out, to get inspired, and visit Florence!

So, you want to find the best spot to have a fantastic panoramic view above Florence, right?

Good news, there is one! It’s very easy to get there, and it’s like 10 minutes from the river Arno.

There’s one thing you should know before exploring the Piazzale Michelangelo: timing is very important!

The view from this square is the most beautiful right before sunset when the last rays of the sun lighten the city. It is an absolutely unique experience and I am 100% sure, that at that moment you will fall in love with Florence forever!

Important to know: If you visit Florence in high season (summer), you have to get to the Piazzale Michelangelo in time to reserve your spot.

The Palazzo Vecchio was the town hall of Florence, situated on Piazza (square) della Signoria. Besides this magnificent building, you can find on this square the gallery of statues right near the palazzo, which is free to visit.

The building of the town hall had many names along with its history. Its present name was given when the Medici dukes moved from here to Palazzo Pitti, which is on the other side of the Arno river.

If you don’t wish to visit the museums, you can enter for free in the first courtyard of the palace. This place is remarkable because it was designed and built in the 15th century, and it can help you imagine how incredibly beautiful the renaissance age was.

It is also remarkable because of its sixteen chapels, many of them decorated with frescoes by Giotto.

You can get there easily, it’s about 8 minutes walk from the Piazza della Signoria.

On the square, they are organizing sometimes operas and concerts, like the incredible concert of the guys from Il Volo, and Placido Domingo – Notte Magica, tribute for the three tenors.

Florence’s most famous bridge is the Ponte Vecchio (old bridge). The amazing design and colors can make everyone fall in love with it at first sight.

The belief is that the original bridge was built during the Roman Empire, and that was destroyed in the 12th century, then it was rebuilt in the 14th century.

In the second world war, this was the only bridge in Florence that wasn’t blown up by the German army because – according to some sources – Hitler ordered to be left unharmed. When he visited Florence, he was staying here and he loved it too much. If this is true or not, I can’t tell you… Anyway, it had to be restored after the war, because the buildings on each end were destroyed.

Now the bridge is hosting many merchants, jewelry, and souvenirs stores, but even if you don’t want to buy anything, walking across it is a MUST!

The Vasari Corridor was built by Giorgio Vasari after the order of Cosimo di Medici in the 16th century.

The corridor is connecting the Palazzo Vecchio with the Palazzo Pitti. The main idea was for the duke to move freely between his residence and the government’s palace. On the above picture is a part of the corridor which can be found near the river, between the Uffizi Palace and the Ponte Vecchio bridge.

The museums of the Palazzo Vecchio have a variety of things to do and see.

While I was wandering around the museum, I’ve seen beautiful Renaissance paintings and frescoes all over. Every room has it’s own enchanting beauty, and as I love the Renaissance, I was absolutely amazed! Some of the exhibitions are temporary, so I would suggest visiting their website, to get more information. The prices vary between €8 and €18 (from reduced price to package). The Palazzo Vecchio is an unforgettable place, and everyone planning to visit Florence should see it!

The above picture was taken in the Salone del Cinquecento, which is the most imposing chamber, with a length of 52 m and breathtaking art all around. After Savonarola (the spiritual leader of the republic) took over the power in Florence, he wanted this place to serve as a seat of the Grand Council (500 members – as its name tells).

If you’ve seen the Inferno movie you may already count the days before going to Florence, to see the death mask of Dante yourself, am I right? If you don’t know what I’m talking about, please make sure to catch up either with the movie or the book called Inferno novel from Dan Brown! It’s amazing!

So, who was Dante Alighieri?

He was a clever politician, an extraordinary poet, and a remarkable philosopher in the 13-14th century. He is considered the father of the Italian language, thanks to his work in developing the Italian literature and culture. His most famous works are the Divine Comedy and De Monarchia.

In the past, it was considered to be the actual death mask of Dante, carved directly from his face after he died.

Recent studies consider it to be a lost sepulchral effigy of Dante. It wandered around many famous people along the centuries, while his last owner, senator Alessandro D’Ancona donated it to the Palazzo Vecchio in 1911.

The mask is now exhibited in honor of Dante’s remarkable political work to Florence and his role in the development of Italian literature. You can find it in the Palazzo Vecchio, on the first floor of the museum!

The Uffizi Palace is functioning as an art museum, located adjacent to the Piazza della Signoria. Now, the museum is considered one of the most important Italian museums, holding a collection of priceless works, mostly from the Renaissance age.

The ticket prices now have changed. The seasonal price is €20 from March till the end of October and €12 from November till February. Check their website for more information here.

You can also walk through the Uffizi Courtyard, which connects the Piazza della Signoria with the river Arno (this is free). On both sides, you will see sculptures of Florence’s most famous sons.

A major attraction of Florence.

The beautiful Santa Maria del Fiore Cathedral is situated on the Piazza del Duomo (square). It’s one of the largest churches in Italy.

The cathedral’s construction begun in the 13th century and was structurally finished in the 15th century.

The cupola was designed and built by Brunelleschi and the campanile (bell tower) by Giotto. You can visit for free the inside of the cathedral, but to visit the bell tower, the cupola and the museum, you’ll need to buy tickets.

It is a mainly renaissance palace, situated on the south side of the river Arno, about 5 min walk from Ponte Vecchio.

In the 15th century was the town residence of Luca Pitti, a famous and rich Florentine banker.

A century later, the palace was bought by the Medici family, and it became the main residence of the Duchy of Tuscany.

Nowadays it is the largest museum complex in Florence, holding an important collection from many famous painters like Caravaggio, Raphael, and others.

Besides the art gallery, you can explore the royal apartments, the silver museum, the porcelain museum, the costume gallery, and the Boboli Gardens. For tickets and more info visit their website.

The place has a beautiful ‘royal’ style, with nice, and well equipped, clean rooms. The hotel is situated in the heart of Florence, on an enchanting narrow street called Via delle Oche. This street goes parallel with the Santa Maria del Fiore cathedral.

Some rooms have a breathtaking view right to the cathedral, although they might have an additional cost. On booking.com you can book your room with great breakfast included. It was a great experience, in a great location, with an amazing view. I can just recommend!

Read about my experience on spending 48 hours in Florence, Italy! 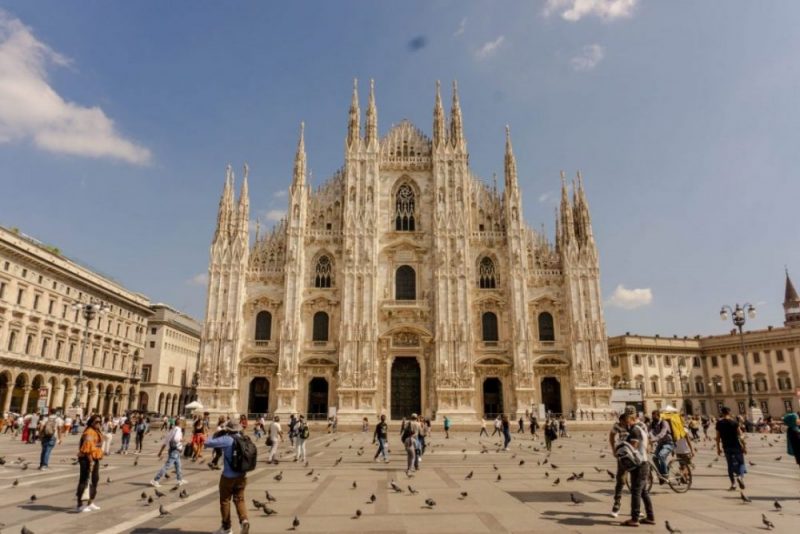 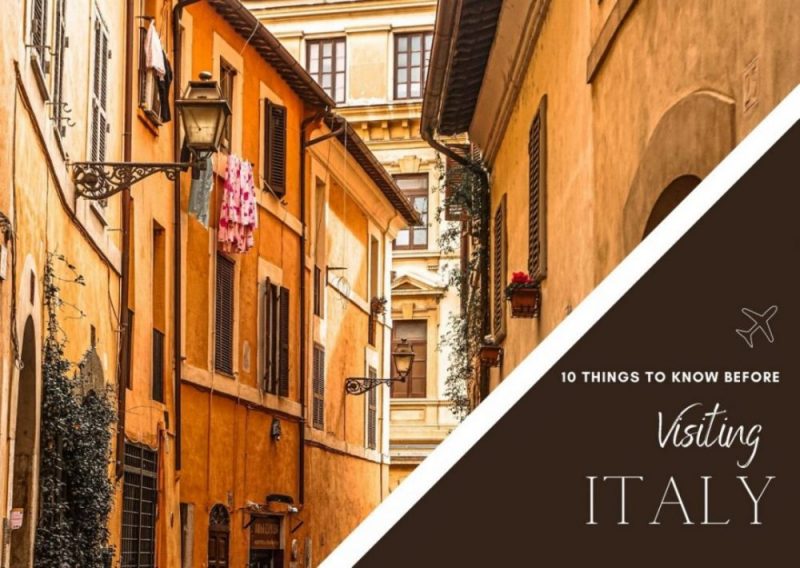 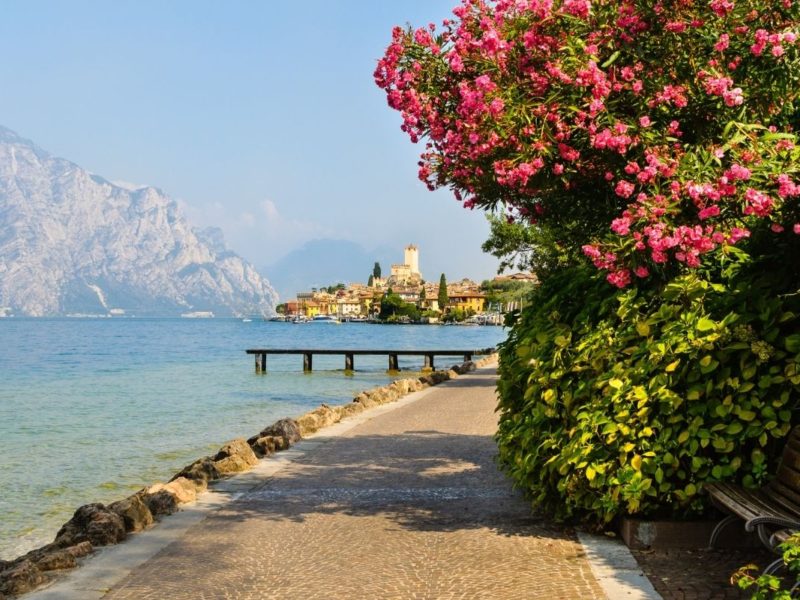 2 thoughts on “10 things to do in Florence, Italy”