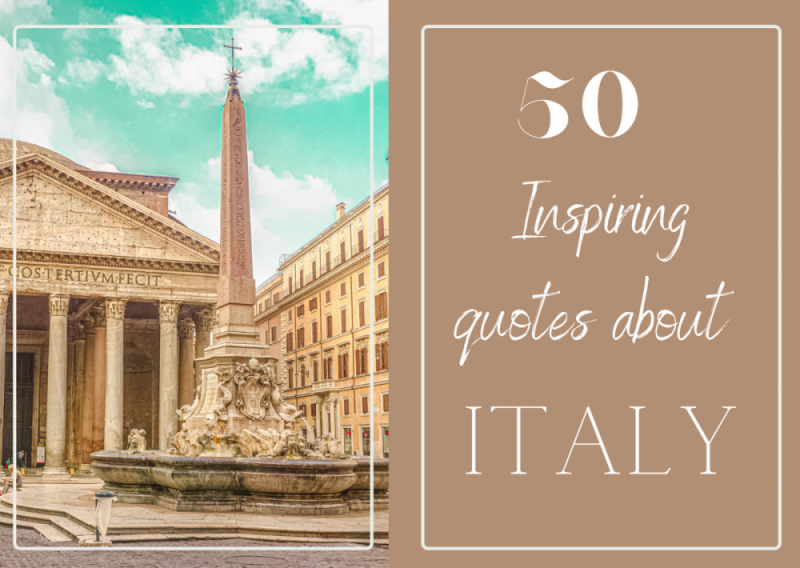 Thousands and thousands of poems, novels, and songs were written about Italy. This amazing country has always been an inspiration on its own. Italy gifted us with some of the most amazing pieces of art, literature, and architecture for centuries! And it continues to do so! We love Italy for its colors, flavors, music, sunshine, beautiful cities, amazing people, and breathtaking landscapes. Between those many written and said thoughts and feelings about this incredible country, you can find now a collection of 50 of my favorite quotes about Italy!

Are you looking for more quotes about Italy?

Quotes about Rome, the Eternal City

The country – Quotes about Italy

Everything is inspiring about Italy, especially if you arrived with the same passion many of us share for this country. quotes about Italy for later!

Pin me: 50 Inspiring quotes about Italy!

More inspiration for Italy, and not just!

6 historical tv series about Italy and the Roman Empire

10 movies to see before visiting Italy

30 Reasons why traveling alone is AWESOME

50 Inspiring quotes about Italy – with pictures
Share It!
111
Shares
111
Shares