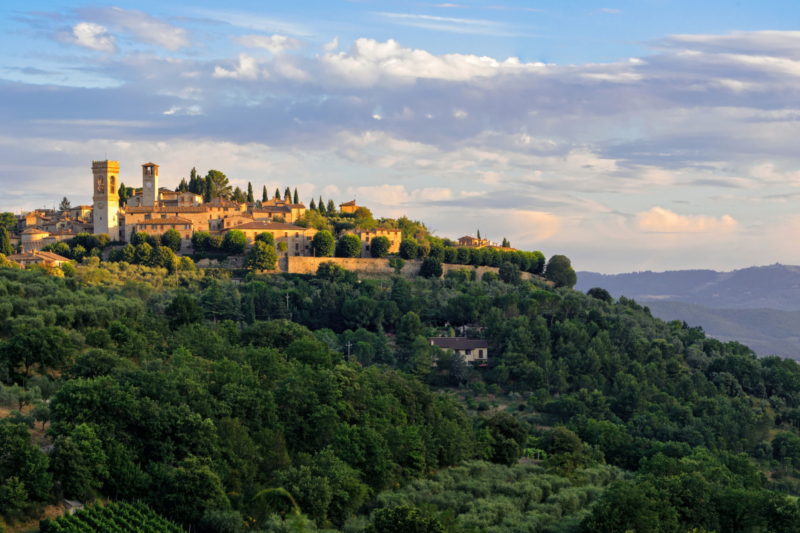 Umbria is one of Italy’s smallest regions, the essence of holiday perfection with its medieval hill towns, beautiful lakes, fascinating Roman ruins, and mouth-watering local cuisine. Umbria has it all whether you’re looking for a spiritual retreat or prefer a gentler pace. But what exactly are the top things to do in Umbria Italy?

Umbria is considered the green heart of Italy because of its appealing beauty and rich vegetation. It is regarded as a quiet version of Tuscany’s gorgeous and picturesque region and has gradually grown in popularity as a sought-after resort for people wanting something different. The region of Umbria is green, mostly agricultural, and less crowded than Tuscany. Although Umbria lacks access to the Mediterranean, it is home to one of Italy’s largest lakes.

Top Things to do in Umbria Italy

Many of Italy’s old-world traditions have been preserved in Umbria, making it a multisensory experience where one may enjoy the appeal of the ancient land with preserved landmarks.

Umbria is for the relaxed visitor who wants to enjoy their experience by sitting on the back porch of their luxury villa rental or sampling the unique Umbrian wine known as Sagrantino at one of the many Umbria Wineries. Despite the fact that Umbria is full of adventures and you can do simply anything that comes to your mind, we have picked the top five things to do for an unforgettable trip.

Umbria is a small wine region in the center of Italy, and it’s the country’s only wine region that doesn’t border any other countries or coastlines. The brilliant green slopes surrounding the medieval villages are the first things you’ll notice when visiting this region. Most of the vineyards are situated on terraces carved into these lush hills.

The area has an excellent climate for growing vegetation, especially grapevines, thanks to a mix of ample winter rain and mild and pleasant summers. Native grapevines number roughly 75 in this wine region. It’s also crucial to note that wine in Umbria refers to both white and black grape varieties in nearly equal amounts. Sangiovese, Tuscan Trebbiano, Grechetto, and Merlot are the four most popular grape varieties.

The “Marmore Waterfalls” has the highest jump of 165 meters in Europe. It’s remarkable because it’s a man-made waterfall created by the ancient Romans when they redirected the Velino River to the Nera River. From Virgil to pilgrims on the route to Rome, from aristocrats and European intellectuals on the Grand Tour to tourists of the new millennium, the Marmore waterfall has been a must-see site for visitors to Italy over the years. It was built over 2000 years ago.

Anyone who has not yet visited should add this to their bucket list because it’s worth it. It’s a tourist attraction and a source of hydroelectric power. To get the most out of your experience, plan your trip during the summer when they are open at night and beautiful LED lights accompany the flowing water. Make sure to check the most up-to-date information before visiting since the scheduled times for the falls change month to month.

Umbria is full of historical significance and beauty. Perugia, the capital of Umbria, has everything you’d look for in a classic medieval Italian city. It is surrounded by the rightly celebrated Umbrian hills, including a beautiful cathedral (Duomo), a Roman aqueduct, the Etruscan city wall with the Porta Augusta, and small, sloping cobbled streets that simply attract the traveler.

Although it is a large city with modern surroundings, its medieval historical core, constructed on a cliff as is typical of Umbria, is relatively intact and retains all of its medieval charms. If you’re interested in art, don’t miss Palazzo dei Priori, one of Perugia’s most gorgeous and intimidating structures. Galleria Nazionale dell’Umbria, a magnificent gallery of Umbria medieval and Renaissance art, is located there. There are so many other attractions worth visiting, such as Piazza IV Novembre, Perugia’s majestic city center, and its stunning Maggiore Fountain, carved by Giovanni and Nicola Pisano.

jazz festival in July. The festival has evolved into a top-notch jazz extravaganza, ranking among Europe’s best. The festival attracts both the locals and tourists who urge to attend the unique musical performance. The Umbria Jazz Festival is a ten-day event. The superb jazz performances complement the distinctive mood that fills the city over the festival’s days.

In addition to the closed halls, there are opportunities to attend various concerts. The festival is held in the ancient city of Perugia, which is unquestionably one of the jazz year’s highlights. Every July, jazz fans worldwide go to Perugia, knowing that they will be treated to ten days of the best music in the most beautiful atmosphere. The Umbria Jazz Festival not only presented some of Jazz’s most significant names, but it has also paved the way for so many lesser-known performers on the international scene.

The fact that the 2009 lineup contained 66 Grammy winners demonstrates the festival’s capacity to entice renowned talents. Many outdoor concerts are free of charge; however, you will have to pay for some headline events. It’s one of the most important Jazz Festivals globally, so do not lose your chance to enjoy the music of most of the world’s best jazz musicians.

If you are sick of churches, old towns, and art, the Monti Sibillini is what you’re looking for. It is a big and varied area with great sites worth investigating. The various defined routes in the Monti Sibillini provide excellent hiking options, including some themed tours like the Zafferano trail. On the slopes of Monte Bove, rock climbers will find numerous options, and mountain bikers will discover multiple defined bike paths.

In the Forca Canapine area, rafting and canyoning are also popular activities. However, the experience that the Piana di Castelluccio di Norcia will give you is totally different. The Flowering, which begins in May and continues through June and July, transforms the Plains into a sea of poppies, cornflowers, daisies, and lentils. Nature is the artist here; all you have to do is just admire the beauty.

5 Top Things to do in Umbria Italy
Share It!