Brussels is the capital city of Belgium and the home of the European Union headquarters. It’s been on my bucket list since ever, but now I finally can share my 10 things to see in Brussels!

While I’ve been a history/international relations student, my dream was to once work there, in an EU office. My plan was to get involved in politics, but then I realized traveling and working for myself is a much better option. So instead of work, I went to Brussels for a one day trip in April 2019. Here are some highlights I’ve discovered and highly recommend doing in Brussels!

The 102-meter tall building was designed for the 1958 Brussels World Expo by André Waterkeyn, André and Jean Polak. We traveled from London with Flixbus, my so-far favorite bus company I use to get around in Europe. We arrived in Brussels at about 6:30 in the morning and went straight to the Atomium. It was a pretty great choice to be honest, as literally no one was there, and the first sunrises reflecting on this enormous building is kind of amazing! It’s kind of far from the center, so if you’re there for just one day, it’s good to pick the Atomium either as a start or finish point.

My favorite activity when visiting a new city is to not use any maps and just walk around and discover. I’m doing this for two reasons. First, because when you’re not focusing on your map or phone, you can spot pretty beautiful things around you which otherwise wouldn’t grab your attention. Also because I really love to get lost… I love to find hidden gems, little parks, a beautiful non-famous building, a small square or a hidden fountain. There can be anything, and there’s always something interesting to find, everywhere!

Manneken Pis is a 61cm bronze fountain sculpture depicting a naked little boy urinating into the fountain’s basin. This little guy is always wearing different outfits, and at the time I’ve been there, he was a firefighter.

It’s on the corner of Rue de l’Etuve and Rue du Chene downtown, about 7 minutes’ walk from the square called Grand Place. The only annoying about Brusseles’s little landmark is that it’s very tiny, and during the day, it takes ages to get in the first line to take a photo. What about selfies/ portraits/full-body pictures? Go ahead and try, but you might have 100 photo bombers in it.

The famous square of Brussels, Grand Place with its beautiful buildings. I myself couldn’t wait to finally arrive to see! Around the square are these guildhalls and two larger buildings, the Town Hall and the King’s House/ Breadhouse. The Grand Place is considered one of Europe’s most beautiful squares. It’s definitely the most popular landmark of the Belgian capital city, that can’t miss from your Brussels itinerary!

The Church of Our Blessed Lady of the Sablon is a Roman Catholic church, built in the 15th century. It’s located in the Sablon/Zavel district, in the historic center of Brussels, which was patronized by the nobility and wealthy citizens of Brussels.

This was an interesting experience for me. It’s known as the Little Notre Dame, by having some similarities with the Parisian “big sister”. We’ve been traveling to Brussels about a week after the Notre Dame in Paris almost burned down. Me being one of those people who are obsessed with that building, I’ve been watching for hours the live news hoping for the fire not to reach the front towers and rosette window. Yeee… I know…

The Palais Royal is the official residence of the Belgian royal family. It’s not the actual residence, but it’s used as the “main office” of the king, basically. The palace is located in front of Brussels Park. There is a beautiful long sqaure between the park and the palace, called Paleizenplein/Place des Palais.

The name means the park of the fiftieth anniversary. The complex that’s dominating the park was built at the end of the 19th century, in honor of the 50th anniversary of Belgian independence. The centerpiece triumphal arch was finished in 1905. On the northern part is the Royal Military Museum, on the southern part, you can find the Judelpark Museum and the Autoworld Museum.

#8 Try some craft beer around Brussels

Because we just couldn’t decide which pub to go in, we picked a football pub where you hade all around literally more than 30 TVs playing different football and other sports events. The place was super busy with mostly men kind, but it had a great atmosphere, the Happy Hour lasted 8 hours and they had super discounts on beers. The most interesting I found here was the inside smoking area. A small 1.5×1.5m room in the middle of the pub, where go in to smoke. Imagine the smell when they come out!

My gosh… If I haven’t had at least 6 coffees all day, at least 6! I just loved the coffee everywhere and kept drinking one after another. The fluffy cappuccinos were obviously my fav after the huge size coffees in the UK, this was a real heaven for me! About my coffee mania, and Italian coffee culture as well will be an article live soon, so stay tuned!

On the other hand, waffles. Well, Brussels is the waffle heaven, and I’m super serious now! You literally have to close your eyes while you walk down the streets, as there are little waffle shops everywhere with delicious waffles, with all kind Yummy toppings.

One of the best things to do in Brussels! Another reason why Belgium is very well known, the chocolate! Brussels is basically the Chocholate capital, where you can find all kinds of delicious Belgian chocolate shops, well basically everywhere! A few popular shops to mention: Lawrence, Elisabeth store, La Belgique Gourmande and a thousand more.

Wrapping up: Things to do in Brussels

The northern, colder countries are not really my topic, therefore there will be fewer articles about these places. Surprisingly, I liked Brussels more than I was expecting, so I’m definitely going back for some more! Also added to the bucket list some other destinations around Belgium, like Bruge.

By the time these articles will be available, here are some other destinations to explore:

22 things to do in Budapest

And my two main topics:

Pin me: Things to do in Brussels! 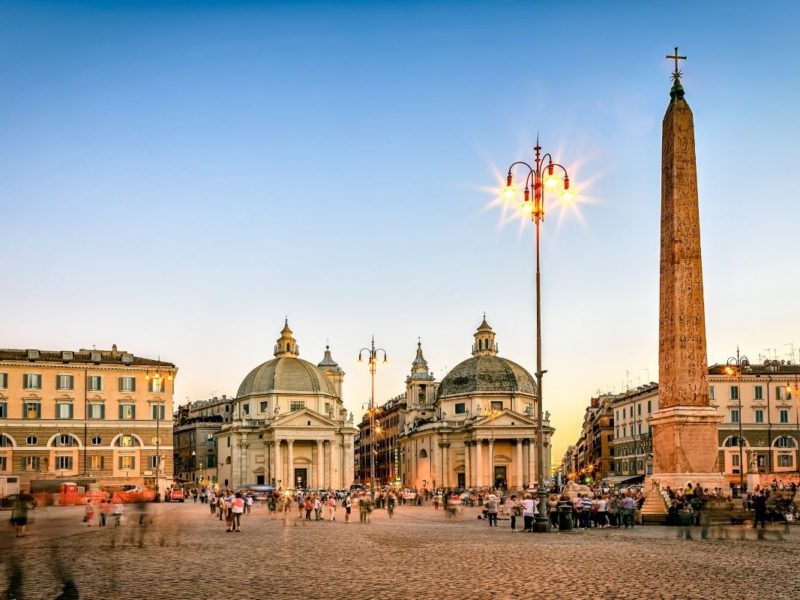