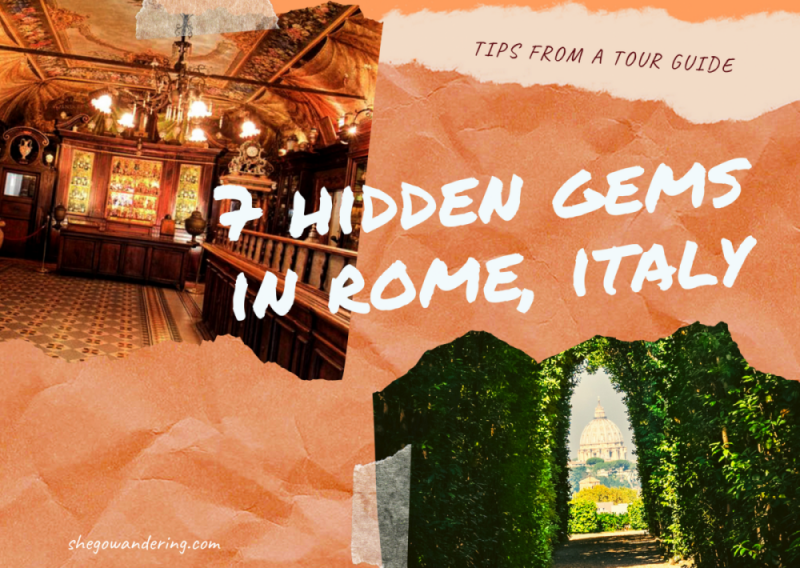 The city of Rome is like a museum, and it is a pretty large museum. Datin from the times of the Roman Empire, through the Renaissance, the Catalog Church, and 2000 years of influence have created this museum we call Rome. Between those many-many things you can see, there are some hidden gems in Rome, we all tend to miss. Here’s an article was written by a tour operator, with the 7 hidden gems of Rome.

You have thrown a coin in the famous Trevi fountain, gazed upon the frescoes of Raphael in the Sistine Chapel, and toured the Colosseum. What’s next? During the 6 years I’ve lived in Rome and worked as a Tour Guide I’ve come across plenty of Rome’s hidden treasures. Here is my shortlist of the Ultimate 7 Hidden Gems of Rome you can’t miss on your Roman Holiday!

The mysteriously placed keyhole on the Aventine Hill offers a unique view upon the Dome of St. Peters. Still to this day no one is sure if it was deliberately designed this way or just amazing luck! The most astonishing fact is that when you gaze through the keyhole you can actually see 3 countries…

How? Well the gardens and the building on the other side of the keyhole belong to the embassy of Malta, and technically speaking St Peter’s Basilica is in the Vatican City which is an independent state enclaved in Rome. Although it’s off the beaten path, there can sometimes find a line of people waiting to have their peek… I recommend heading there early to beat the crowds. Take time to enjoy the tranquility of the nearby Giardino degli Aranci, or the Orange gardens, and really savor the beautiful view!

Here are some great tips for you on how to take a picture through the Keyhole on Aventin Hill!

This is a fun one! Bocca Della Verita translates to the Mouth of Truth. Some of our readers will know this one from its feature in the film Roman Holiday starring Audrey Hepburn. A popular belief is that this enormous piece of marble, depicting a fac, is actually an ancient roman drain cover.

The marble mask weighs a whopping 1300kg and underwent carbon dating that confirms it is from the ancient Roman era. In theory water can pass through the big holes which represent the eyes, mouth, and nostrils. Over time an urban legend has developed which says that those who put their hand in the mouth and don’t speak the truth will have their hand removed! I recommend testing the legend and getting a cool photo while you’re there.

Often overlooked by tourists, this small villa is an absolute gem, set in gardens by the Tiber. Take time to marvel at the frescoed rooms and the loggia of Cupid and psyche by Raphael.  Over the years the villa has hosted many famous visitors including Queen Christina of Sweden who renounced her throne and moved to Rome in the 1600s. Also the villa is known for being a resident of the rich and powerful Farnese family, hence the name Farnesina.

You don’t have to look hard to see the masterpieces of the renaissance heavyweights in Rome. The secret is to look in the churches. The beautiful church of San Pietro in Vincoli, or St. Peters In Chains, is home to Moses by Michelangelo – one of the most famous statues in the world.

Acclaimed to be one of Michelangelo’s best works, the scene depicts Moses with the ten commandments in his left hand. Moses is struck in anger and the statue portrays human emotions that are extremely realistic. This can be seen especially in his tense muscles and throbbing veins. Since it’s only a 5-minute walk from the Colosseum I recommend combining the two!

How does the idea of visiting one of Europe’s oldest pharmacies sound? Nestled in the heart of old town Trastevere you can find this very old pharmacy which dates back to the 1600s – Antica Farmacia Santa Maria della Scala.

Historically, this was the Pope’s pharmacy, and the Carmelite monks based here prepared poultices and medicines here.  You can go in just to take a look because it is incredibly still a functioning pharmacy. Also, they offer a short tour of the ‘spezeria’ or ‘spice shop’ led by the Carmelite monks who explain apothecary through the ages and the history of the building. Still to this day the Monks are based here and are continuing to make creams and homeopathic remedies.

Just a stone’s throw away from the Spanish steps is the gardens of Villa Borghese, located on the edge of the gardens you can find one of the best viewpoints in the Eternal City. In Italian the word there is a word for a beautiful view, Belvedere. Terrazza Pinicio has a belvedere that’s impossible to forget. The view overlooks Piazza del Popolo and untoward the dome of St Peter’s Basilica. One of my top tips is to head here after a day of exploring the city with a bottle of Vino to watch the pinky roman sunset behind the Vatican! Bellissimo!

Rome can be compared to a massive archaeological lasagna, there is literally layer upon layer of Rome under the ground because the street level has risen over time. Nowhere sums up just how many layers of Rome there are quite like Basilica San Clemente or the Basilica of Saint Clements.

According to stories of his life, St. Clement was tossed into the Black Sea and drowned by the Romans for preaching Christianity. Inside this church you can descend to the site of the original church that dates back to the 4th century BC, and then descend another level to a Roman house from the 1st century BC where you can cross an ancient street into a public service building. This is an unbelievable journey through time is an experience I strongly advise to anyone coming to Rome to take!

Beyond the hidden gems of Rome, see some other articles about the Eternal City!

10 beautiful squares to visit in Rome

Where to eat in Rome? 4 restaurants you have to try!

6 beautiful streets you need to see in Rome

6 Places with the best panoramic views in Rome

Pin Me: 7 Hidden Gems in Rome 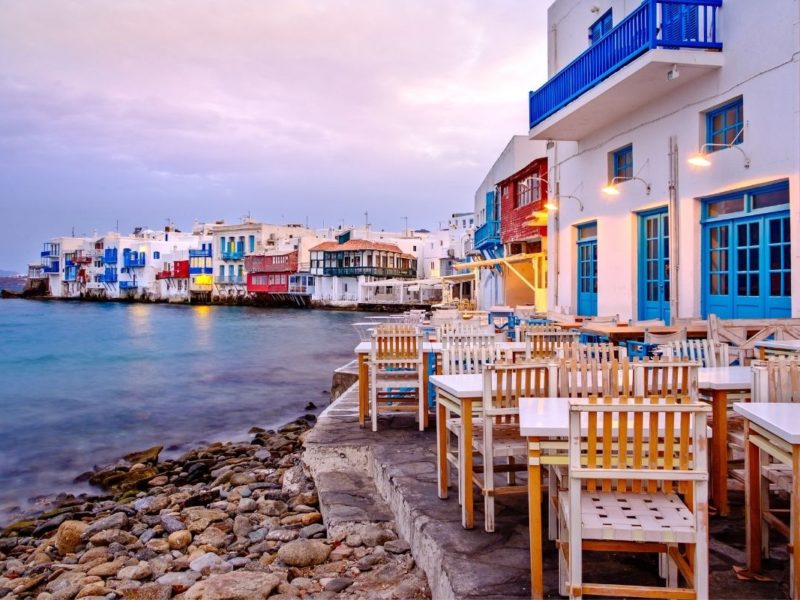 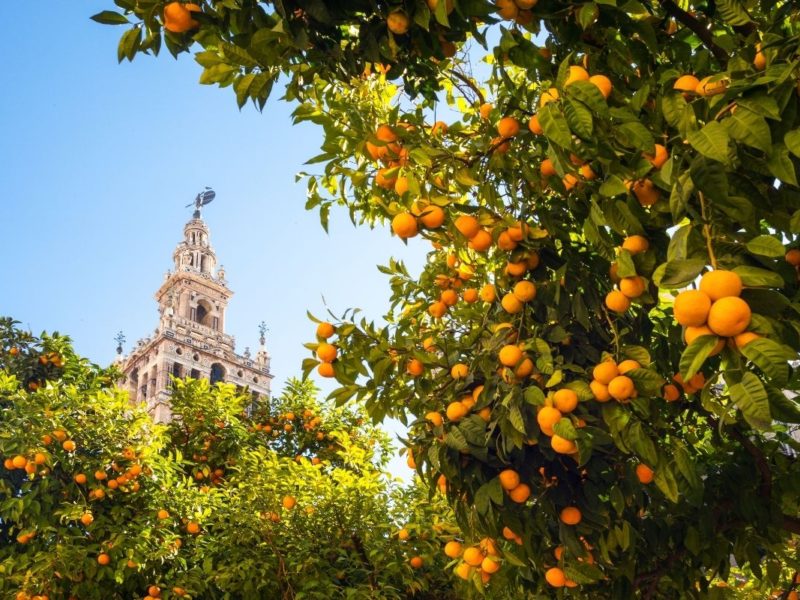