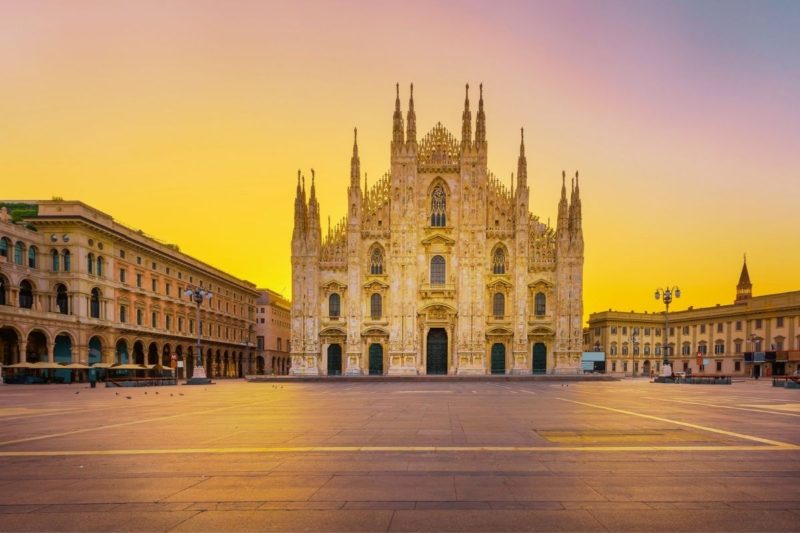 Milan has many faces. The chic fashionist, the business suit version, the art and culture lovers world, and of course the spiritual side too. It was probably one of the biggest surprises in Milan to discover how many stunning masterpieces the catholic churches in Milan Italy are hiding. Some of the most famous artworks and frescoes can be also found in these buildings, and many of you probably didn’t even know that they are actually to be found in Milan. You’ll find below the most famous church in Milan, the most famous cathedral in Milan, and some unique places that you’ll not believe exist. Discovering the churches in Milan is a great option to be added to your city itinerary, even if you’re spending just 2 days in Milan. Just think about the famous church in Milan with skulls, the worldwide famous Last Supper, and so on.

During the many visits to Milan before I moved to the country, but also before that, I always enjoyed discovering catholic churches in Milan Italy. I think the best way to discover history and art is just if you visit spiritual places in a city. Plus, most of them are free to visit, so what can you lose? You don’t have to be a believer, or someone who enjoys going to church to enter and walk around the Duomo church Milan Italy is famous for, or the church in Milan with skulls… These historic, old buildings are much more than an altar and benches.

For those who are looking for the Last Supper church in Milan Italy, I must highlight, that the Santa Maria delle Grazie cathedral can be visited, but to enter the chapel and see Leonardo da Vinci’s amazing work you’ll have to book tickets. It’s also hard to find tickets for this since it’s a limited number of people that are allowed in a day, so make sure if you’re planning to visit, book that ticket as soon as possible!

When you hear these two words together: Milan church, the first thing you’re going to think of is actually the most famous cathedral in Milan. The iconic Duomo di Milano, the most famous landmark of the city is on top of everyone’s bucket list for everyone. But, how many people enter and see the stunning rose windows or the colonnade forest inside? And how many do visit the rooftop to see the jungle of pinnacles and spiles?

The construction of the Duomo church Milano Italy started in the 14th century and it took nearly six centuries to be completed. Duomo di Milano is the most famous church in Milan, but it’s also the 2nd largest church in Europe and the 5th largest church on the planet. Regarding its structure, the Duomo consists of a nave with 4 side aisles. The cathedral is 45 meters tall and the building is held by 40 immense pillars that actually look from some angles like a stone forest.

The altar and the rose windows are the main highlights inside. The grandiose windows are covered in the most beautiful artwork that must be seen. As I have mentioned, you can also visit the rooftop and have a walk between over 3400 statues, 135 gargoyles, and 700 figures that decorate the Duomo di Milano. On top of that, the views are stunning from above and it’s a great experience to have in Milan! Visiting inside, as well as visiting the rooftop can be done only with tickets though!

Beside the Duomo church in Milano Italy, here’s another famous church in Milan, Basilica San Lorenzo Maggiore. This is also one of the oldest churches in Milan that you could visit. The original San Lorenzo Maggiore was built during the Roman Empire, between the 4th and the 5th centuries. During the centuries it was rebuilt subsequently due to numerous disasters the cathedral has survived. At first, there was a fire that was followed by an earthquake.

In the 16th century, the dome of the church collapsed and that required rebuilding as well. The structure and architecture of the Basilica San Lorenzo Maggiore in the 16th century was studied by many architects and artists such as Bramante, as well as Leonardo da Vinci. During WW2 San Lorenzo Maggiore was bombarded during the attack on Milan. Instead of re-building the affected sides, in front of the today standing building, they’ve created the square in front of the church.

It’s really worth visiting inside the basilica, as well as spending some time in front of the church, at the Roman Colonnades that’s all to be found in the heart of Milan. If you wish to visit the chapel, that will cost you €1,50. There’s a combined ticket with Museo Diocesano, Basilica di Sant’Eustorgio, and Cappella Portinari for €12.00. Basilica San Lorenzo Maggiore is one of the most amazing catholic churches in Milan Italy, so I really suggest passing by, since it’s not far from the Duomo or Navigli neighborhood either.

If you’re looking for a beautiful chapel in Milan, you might want to visit San Maurizio al Monastero Maggiore, an amazing hidden gem in Milan! As every Milan Italy church, from outside the building might seem really simple, but as always, the churches hide their real beauty inside. The monastery originally was attached to a very important female convent of the Benedictines.

Some parts of the church are dating back to Roman times, but the construction of today’s standing actually monastery started in 1503 and it’s been completed in 15 years. The edifice is divided in two parts, the first being for the faithful, and the backside for the nuns. Back in the day, it was absolutely prohibited to cross that dividing wall that was hiding the nuns, and it’s actually the most beautiful side of the church.

In San Maurizio al Monastero Maggiore you’ll find some fantastic frescoes and wall arts dating back to the 16th century. Both parts of the nave, the front side, and the hall of the nuns are covered in stunning artwork having the colors gold and blue dominating. The frescoes in the monastery are representing the life of San Maurizio as well as some other biblical events that you can visit see from Tuesday to Sunday in the morning hours between 9-12, in the afternoon between 2-5 pm. The entrance is free.

And just like that, we finally arrived at the famous church in Milan with skulls. If you’re looking for the most unique chapel in Milan you could visit, well the San Bernardino alle Ossa is the one you’ve been looking for! The chapel of San Bernardino is an absolutely unique one, and it’s not something you’d find in other places if Italy. There are skull chapels in other cities too, but none are like this. San Bernardino alle Ossa was first built in the 13th century, later, in the 18th century, it had to be built again after a fire that destroyed it.

In one way, we can be thankful for this fire, since the remarkable piece of Baroque and Rococo style was created afterward. The church in Milan is known for its ossuary and famous skull chapel. Entering San Bernardino alle Ossa, the skull chapel can be found on the right-hand side, as soon as you enter the church. You’ll just have to walk through a tiny corridor and you’ll find it.

At the beginning of its history, the ossuary was built in 1210 to collect the bones from nearby hospitals’ graveyards. Later, the church was attached to the ossuary. The tall chapel is covered on all four walls with thousands of human skulls and bones coming from the ossuary and other nearby cemeteries from the 17th century. If you look up, you’ll notice an incredible masterpiece, the frescoes covering the whole ceiling that was made by Sebastiano Ricci. The skull chapel in Milan is a really unique experience, and an important highlight of the best things not to miss in Milan!

5. Basilica di Sant’Ambrogio – another umissable from our list of churches to visit in Milan, Italy

Another highlight of an old Milan church you should visit! Basilica Sant’Abrogio was built between 379 and 386 at the behest of Bishop Ambrose himself. The name of the church Sant Ambrogio was given after the bishop’s death. During the 12th century, important expansions were commissioned by the bishop Angilberto II. After this, the basilica is preceded by a large four-sided portico along with a clear view of the large gabled facade and the bell towers called dei Monaci and dei Canonici.

Now, in the interior of Basilica Sant’Ambrogio there’s the presbytery under the octagonal lantern, the famous Golden Altar that’s covered by the 9th-century ciborium. The apse is on two levels, and in the crypt, they keep the body of St Ambrose, Gervasio, and Protasio, two martyrs. Another interesting thing to see in the church is on the left of the portico, the so-called column of the devil. It’s “so-called” because the legend tells that the devil during a fight with Sant’Ambrogio stuck his horns in the column, and there are in fact two holes in it side by side. Of course, this is just the legend, not the real reason for the holes. In each case, Sant’Ambrogio is one of the oldest churches in Milan, and one of the most important catholic churches in Milan Italy that you should visit!

Here’s another highlight of catholic churches in Milan Italy, Santa Maria presso San Satiro. This means Saint Mary near Saint Satyrus. This is a renaissance church built between 1476-1482 and it was commissioned by Bona di Savoia and Duke Gian Galeazzo Sforza. Santa Maria San Satiro is housing the early medieval shrine of Satyrus who was the brother of the above mentioned Saint Ambrose. Santa Maria San Satiro is known for it’s false apse and the early example of trompe-l’ceil, attributed by Donato Bramante.

On side on Bramante’s minor work, the work on the church can be attributed to Giovanni Antonio Amadeo who designed the facade of the building too. The church has a nave and two aisles with a barrel vault. Interesting is, that the bell tower is still the Romanesque edifice preceding the 1480 reconstruction. Originally, inside it was decorated with gold and white paint, and the frescoes by Borgognone, but these were transferred in Pinacoteca di Brera. You can always visit them in the exhibition of the Piacoteca.

Which is the most famous church in Milan Italy? Wrapping up the 10 beautiful Catholic churches and cathedrals in Milan

Two words: Milan church and we already have 10 catholic churches in Milan Italy that you should see. We’ve talked about the Duomo, the most famous church in Milan, and the San Lorenzo Maggiore which is the second most famous cathedral in Milan. We also covered the last supper church in Milan Italy and that famous church in Milan with skulls. I hope you’re ready now to discover the historical, spiritual face of this amazing city, to travel back in time, and see some amazing artworks. Also, if you need tips on where to stay in Milan, make sure you’re checking our holiday rentals in Milan, as well as reviews we’ve written for Aparthotel Meneghino and Skyline Milan.

Pin It: 10 Catholic Churches to visit in Milan, Italy

Find the best accommodations for your trip to Milan!

Churches to visit in Milan, Italy
Share It!
107
Shares
107
Shares 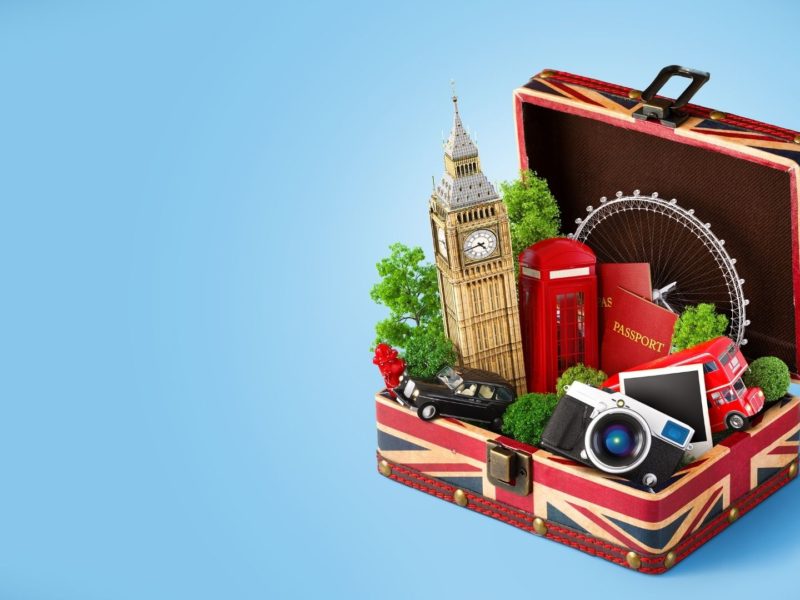 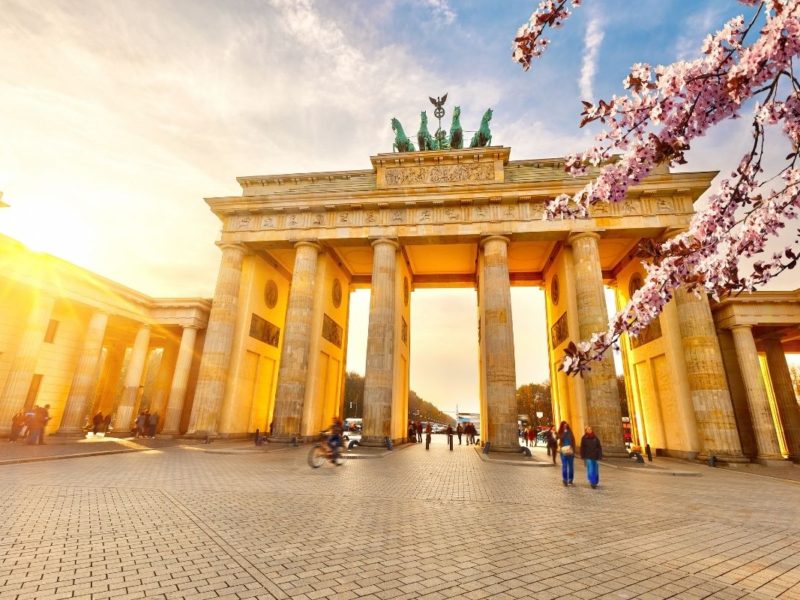 4 thoughts on “Churches to visit in Milan, Italy”