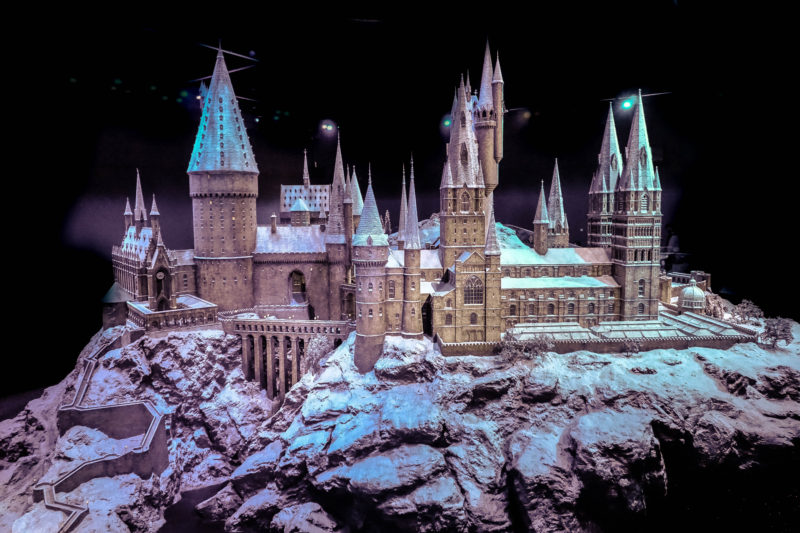 First, I visited alone London, then I moved there. After living two years in the United Kingdom, I still think that the tours of Harry Potter in London are one of the best things to do in the British capital, especially if you’re seeking some magic! So let’s see what Warner Bros studio tour has to offer for everyone who loves Harry Potter.

England has a really great railway network. Trains are also the cheapest and fastest way to get to the Warner Bros studio tour from London. Heading from Euston train station, you’ll need to check for the one going to Hartford Junction.

Check the timetable to make sure, but they are usually scheduled for every 20-30 minutes. The tickets will be about £10,00. For those who’re not familiar with trains in the UK, it’s good to get a round ticket, as it’s always much cheaper!

The tickets are valid for 24h so you can use them whenever! To cut the journey shorter, keep in mind, that there are two trains to Hartford Junction! One is a snail, stopping every 2 minutes – that’ll take 45minutes – and there’s another which takes just 15 minutes. You can use the same ticket for both trains, so make sure you’re getting on the faster one!

You must know that the Warner Bros’ studio tour is really, really popular! If you know months in advance when you’re visiting London, you do best to book those tickets as soon as possible! I have booked my Harry Potter studio tour tickets 3 months in advance. Even this way, there were no available tickets left just for weekdays.

Book your tickets to the Harry Potter Studio tour in advance!

Tour tickets to the Harry Potter studio tour with transfer from London for 1 person.

Discover the Harry Potter studios on your own!

Such as the Wizar World of Harry Potter in Orlando, the studio in London can’t be missed either.

Within my Harry Potter WB studio tour London reviews, here are some more details for when you enter! People are entering in groups, but after the very first stop, you won’t have to stick with anyone, there is no guide. You can just wander around on your own, and soak up the magic! Right, so let’s see some highlights of the Warner Bros’ studio tour London. I will show you just a few details now! The rest of it awaits for you to discover it in person!

1. Some familiar settings in the Harry Potter studios

Now it’s time to get into the interesting part of this Harry Potter studio tour blog! When you visit the studio, you will find many settings from the Harry Potter movies. It’s like you’ve just stepped into the movie.

When I first entered these premises, and I first have seen the dorm room of the Griffindol or the kitchen of the Weasleys’… I remembered my childhood fantasy when I imagined that I received a letter from Hogwarts. However, I think I wasn’t the only kid fantasizing about this! While I was walking around, remembering how I imagined being a student in Hogwarts, it felt like I had just become a kid again. And, while exploring the settings, a piece of that fantasy actually came true!

If you’ve been looking for Harry Potter WB studio tour London reviews, pay attention now! The setting for animal Harry Potter studio tour offers is just amazing. Some of them seem to be so real, and they are in an environment we’ve already known from the movies themselves. It’s just fascinating what the tour can offer!

One of the main reasons I was super in love with the Harry Potter studio tour was the characters. It’s amazing how many creatures you’ll encounter along the way at the Warner Bros studio tour! I wasn’t expecting at all to see them, and I loved discovering some, like Buckbeak, Doby, Aragog, Fox, and many others!

3. “Albus Dumbledore is the greatest sorcerer in the world.”

This was for me the highlight of the Harry Potter studio tour London! I’ve been super excited to see Dumbledore’s chamber!!! I was so impressed that everything looked just like in the movie! The paintings, the desk, the Pensieve that was used to see memories. It was shocking to see it all in person! Honestly, it all felt so real, that for a second I thought I’m in the Harry Potter movie… Just loved it all as it is!

4. The Diagon Alley in the Harry Potter studios

Don’t worry, we’re not yet done with the Warner Bros studio tour London Harry Potter review! My other favorite part from the tour, another highlight of the Harry Potter studio tour blog, is the Diagon Alley!

Another throwback to childhood moments. When you walk down the Diagon Alley, seeing the shops, Ollivanders’ magic wand shop, with the tons and tons of wands inside… Then, the Weasley twins’ magical store, and many others. It was such a Harry Potter and the Sorcerer’s Stone’s first time on Diagon Alley’s moment. I wish it was all real, and I could get my own wand from Mr. Ollivander.

You cannot leave the Warner Bros’ studio tour without stopping for a butterbeer! Truth to be told, it does have a pretty interesting taste, but it’s a MUST experience! It’s basically beer with sweet whipped cream. The butterbeer is a must-do at the studios for a complete experience!

Once you’ve seen the many animals Harry Potter studio tour will present you, and the venues, the ultimate Harry Potter studio tour secret is coming after the butterbeer! Good news for kiddos: It has NO ALCOHOL in it, so everyone can have a pint! It might taste a bit weird to come, depending on what drinks you’re used to, but it’s definitely a must-try in the studios!

You just can’t miss the Warner Bros studio tour Harry Potter shop! While arriving at the end of the tour, you’ll walk through the Harry Potter shop. You can find their wands (Yes, even Dumbledore’s Elder Wand), clothes, accessories, books, and all kinds of souvenirs. It doesn’t matter if you’re a Griffindol or Slytherin fan, you’ll find the perfect present for yourself or your loved ones in the Harry Potter shop! When I’ve done my tour, I got myself a necklace with the deathly hallows pendant. I still have it, 3 years later!

The generation that grew up on Harry Potter books and movies, though most of us are already grown-ups, it’s such a great escape from reality! To see in person all the details, and experience the Harry Potter studios, is like going back in the dreams and fantasy world of your childhood.

Feeling like a carefree kid again, who has no work, dept, family, just Harry Potter, and the world of magic. That’s why I wanted to share this Harry Potter studio tour blog, so you know what it’s all about.

Don’t forget to book your ticket to the world of magic! ♥

More posts of things to do in London

Things to do in Notting Hill

13 things to do in London